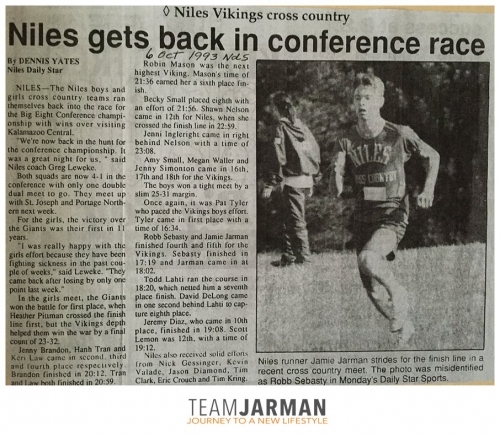 My journey started several years ago, as I got back into running. After nearly a decade of not being very active, due to focusing on my career, the married life, CPA exams etc., I began remembering some running dreams from a long time ago. During high school, I had become very serious as a distance runner. I had lofty dreams of eventually running a marathon and someday qualifying for Boston.

Over a couple of years, I started back into running. I completed a half marathon, struggled to maintain running as a part of my life, had a horrible experience in my first full marathon, and then we ran into a friend at a wedding; She had recently qualified for the Boston Marathon! She had encouraged me to come out to her running group sometime.  I had not ran in about 6 months or so, since that first full marathon. I decided to make it to one of the running group workouts. It was fun to be around people that seemed to genuinely enjoy running. I kept coming to the workouts and built some friendships. My love for running was coming back. I was gaining some knowledge and learning from other runners. I began to learn how I set myself up for a terrible full marathon. This running group genuinely helped bring running back into my life. Over the next year and a half, I ran in several half marathons, learning and improving with each race. I remember at a race in San Diego, probably in June 2013, a runner standing next to me in the starting corral, asked how many half marathons I had run. When I told him I had done several, he said something like “You are more than ready to run another full.” I thought he was crazy. However, I would quickly learn that I had simply been shielding myself from the pain I experienced physically and mentally from my first full marathon, many months prior.

Towards the end of that summer, I decided that it was time to run in another full marathon. When I mentioned it to Kim, I was nervous that she would not be fully supportive. Training for a full marathon demands a lot of dedicated time in running. However, her immediate response was, “I was wondering when you would decide to run another. Half marathons are easy for you. They barely present a challenge and it is like you can run them in your sleep. I think you are ready for this challenge.” I wanted to learn from the mistakes experienced in my first full marathon. Which was, not including enough mileage, not doing proper workouts, training primarily on a treadmill, not having the first clue about pre-race and in-race fueling, not caring about the nutrition needs my body had during the training cycles, running primarily alone, and generally not allowing anyone to speak into my life as a runner.

I started working with an experienced distance running coach. I began running more and more with another running group; with runners that were focusing on running distances greater than the half marathon. Long runs became a lot of fun, in large part to building solid running friendships. Over the next 4 months, I listened to the coach’s advice and followed her plan. I built my mileage up, really threw myself into the various types of workouts required, at the various paces required. I began learning about nutrition and how to make better choices with the food I would consume. I learned about race strategies and the fueling requirements to give me the best chances at a good to great marathon. In December 2013, In Tucson, AZ I was able to have a good race. The weather conditions were not good and the terrain was much more rolling hills that we had anticipated, but I put together a solid race. My finish time was almost exactly an hour less (3:54:51) than the finish time of my first marathon (4:47:46) almost 23 months prior. 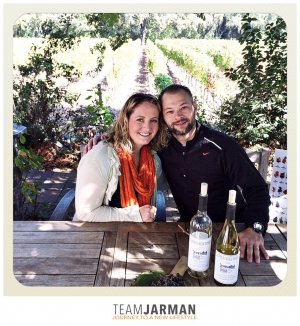 Between December 2013 and February 2015, I ran a handful of half marathons as well as shorter distances. However, Kim and I were going through a lot personally. I had made some poor choices personally, had gotten my life out of balance, I was working more and more, and spent more and more time away from the family running with other people. This lead to a brief transition career wise and re-engaging with my family more fully. I let my running take a back seat and began supporting Kim in her fitness goals and the journey she was on. Up until then, I had never really supported her journey. My exercise workouts and time with my running friendships had always come first. I left it up to her to work her fitness around me. I had not really cared much about what was good nutritionally. I liked eating bad for you food, which had always lead Kim to not being able to care either.

In August 2014, I made a deliberate decision to make Kim’s fitness journey the priority of my life and our family. Whatever she needed, I was there to support her. My actual fitness journey would take a back seat to her’s. While supporting her, I would get a run in when I could, but it was no longer scheduled. It was important for her to have time to develop her fitness journey. She began sharing what she was learning about nutrition. I began making small changes, one step at a time.

In October  2014, we decided that with a life more balanced, it was time for me to train for another full marathon. I  February 2015, I completed my third full marathon. I followed my coach’s plan. I had much better nutrition. I was in a much better space. However, a few weeks prior to the race, I experienced excruciating pain in my I.T. Band of my right leg. I did not really think I would be able to run in the marathon. Through Physical Therapy, I was able to recover and be ready for race day. My legs were otherwise fresh, due to limiting the mileage leading up to the race. At mile 19 of the race, after feeling great and rolling off consistent 8:15 per mile times, the I.T. Band just went out. This was going to become a race about mental toughness and pushing through to make it to the finish. What had been looking like a sub 3:35:00 marathon finish time was quickly turning into a finish time worse that the first marathon! I gutted it out with 16 minute pacing and finished in just under 4:36:00.

Recovering from this injury meant lots of time off running, committing to even better nutrition, and figuring out how to properly strengthen my body through strength training.

Strength training has been a neglected component of my fitness journey for pretty much my whole life. That is where I am right now. Going to the gym consistently does not work right now for me. In August and September 2015, I made it successfully through 5 weeks of the Beachbody P90X3 program.
I had been drinking Shakeology daily for about 2 months and had dropped 10 pounds, had been gaining strength, and then I was involved in a car accident, which totalled our Jeep. Our kids were in the vehicle and I was a wreck mentally. Both kids were okay, though our daughter was sore for a while. My body was sore and I went through a few months of work with a chiropractor. Mentally, it took a couple of months, until around mid-November to get over the accident and mentally push through to start back on the journey.

understanding the importance of a healthy lifestyle

I am now moving forward fully with this journey. It has become a lifestyle. No looking back. I love being able to run and exercise with my wife and kids. I love learning about nutrition and putting it into practice. I love being engaged with my family. Above all, as a married man, I have learned that going through all of this with your spouse, with your family is what matters. As a family, as a married couple, you are either moving closer together or you are moving farther apart. I love that fitness and food are bringing us closer together. Truly living out our mantra is life changing. “Fitness that works, Food that is real, and Family that connects.”

A Journey is ongoing and throughout this site Jamie will be sharing more of his journey. Feel free to look through all of this great information, but don’t forget that accountability is key, so signing up for a challenge group is really one of the best ways you can reach your health goals. During our challenge groups we will be there to help you each day along your personal journey.

RUNNING WORKOUTS When it comes to running, there are

Types of Running As you get more experienced in your

How Do I Run? Running may be a natural movement, but

Running Basics Benefits of Running Running is a

Why I Run I started playing sports when I was very 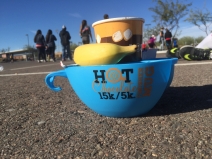